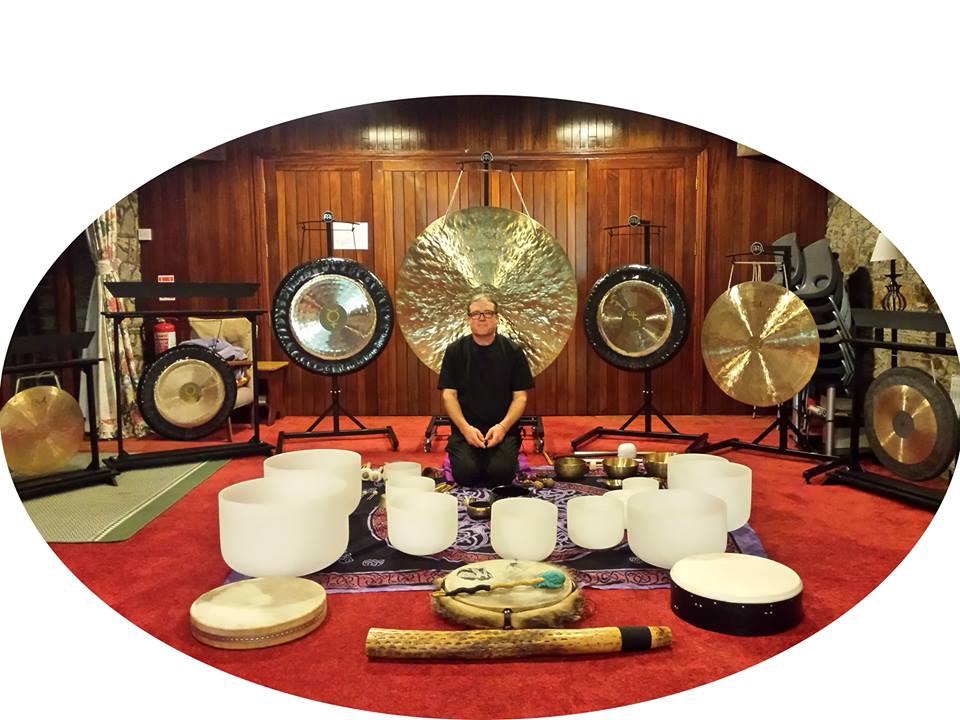 Over the coming months we will be talking to past students who have graduated from the Sound Healing Academy and are now sound healing practitioners. Today we are talking to Harry Parkinson from Soul Bowl Sound Therapy.

When Harry isn’t offering 1-2-1 sessions from his cottage in Dublin he is busy running “Resonance Retreats” allowing people to detach from day to day stresses and immerse themselves in sound for healing. He also runs group sessions in the picturesque county of Wicklow. 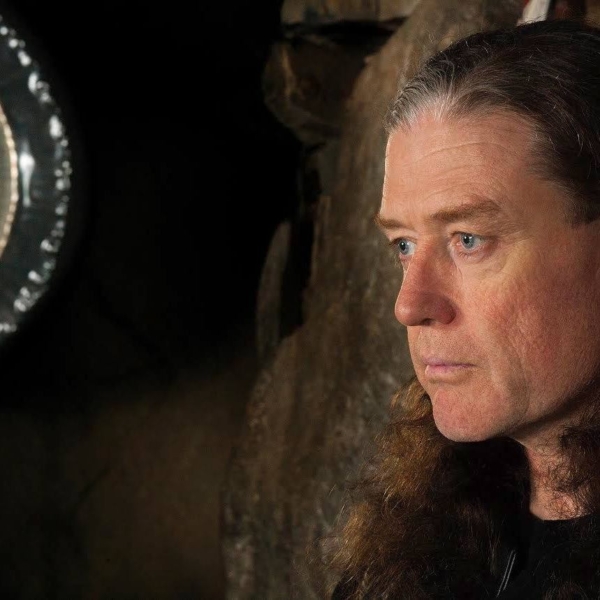 Harry Parkinson is a registered sound therapy practitioner with the Sound Healing Academy, which is accredited by the British Complimentary Medicine Association.

He holds a diploma in counselling, psychology and therapy from the Accept Counselling Association of Ireland.

In October 2015 he released his first CD, ‘Twilight’, Sound to Welcome the Light and the Dark.

He is a musician and has written and produced relaxing scores to accompany Positive Psychology DVD’s. He is also the co-writer, co-editor, producer and presenter of Life-Skills DVD’s for teenagers.

Harry, thanks for taking part in our Sound Healing Academy Practitioner Spotlight. How has your sound journey developed since you qualiﬁed?

Things have accelerated quite a bit since we started in 2012 but the last 18 months have been exceptional. More and more therapy seems to involve groups of individuals rather than one on one clients. We travel quite a bit to various venues and because if this we bought a trailer and had it customised to ensure it could transport the equipment safely and securely. Next year will be busier again as I have had to book more Saturday venues (22 in all) because recently I have had to turn people away. We’ve also started hosting weekend workshops and have made arrangements for four such weekends next year.

Have you always been interested in sound as a form of therapy?

I’ve always been aware of the effect sound has had on me personally but did not consider it as a therapy until 2012. I was a musician but that has very little to do with what I do now.

What inspired you to train as a practitioner with the Sound Healing Academy?

In December 2012 I had just returned from Africa and quite frankly that trip turned me around. I participated in some of the tribal healing ceremonies and visionary quests. I had found it very difficult to follow the intricate rhythms of the music that was played by the artists and shamans and it became very frustrating for me. At the height of the initiation ceremony everything almost miraculously changed. The sounds and rhythms made complete sense. It was like a new world had opened. I was told my hearing had been altered. Afterwards this was said to be a very good sign and several more experienced initiates said it indicated I would heal with music/sound. I thought no more of it but within 2/3 weeks of returning I came across Tony and the Colour of Sound Institute and well….the rest is history.

Your website is called Soul Bowl Sound Therapy, is it safe to say that these are the instruments you are most drawn to?

I love all the instruments but I do have a special relationship with the crystal bowls. It stems from the fact that they have a more distinct fundamental note with few overtones not like the himalayan or tibetan bowls which are more likely to have several overtones. I started to apply John Beaulieu’s protocols for tuning fork to the bowls and found it very powerful.

What did you ﬁnd most helpful for your current work in your training with the Sound Healing Academy?

That’s very simple. Journalling. Books will tell me things but I need to have something a bit more solid to grab on to. I need to experience it myself. Tony’s insistence on the Journal and self observation was essential for my training. It allowed me to keep track of all the effects the sounds had on me over time.

You do a lot of group work. Take us through one of your sessions?

Saturday sessions are from 10.00 to 12.30 and 14.00 to 16.30. We start with a 40 minute gong bath, although recently we have introduced 15 minutes of shamanic style drumming as a precursor to the gongs and it has proved very successful. This is followed by a short period of silence. As people come round they may ask questions or make comments as they wish. We then retire for a cuppa and some light snacks. This encourages interaction and can help people process any issue (physical, emotional or spiritual) that may have arisen with the gong energy. Following the break we have a more rounded sound bath with bowl, bells, whistles, rattles, rainsticks, ocean drum pipes and more… in fact anything…I’m always on the lookout for new sound delivery systems. 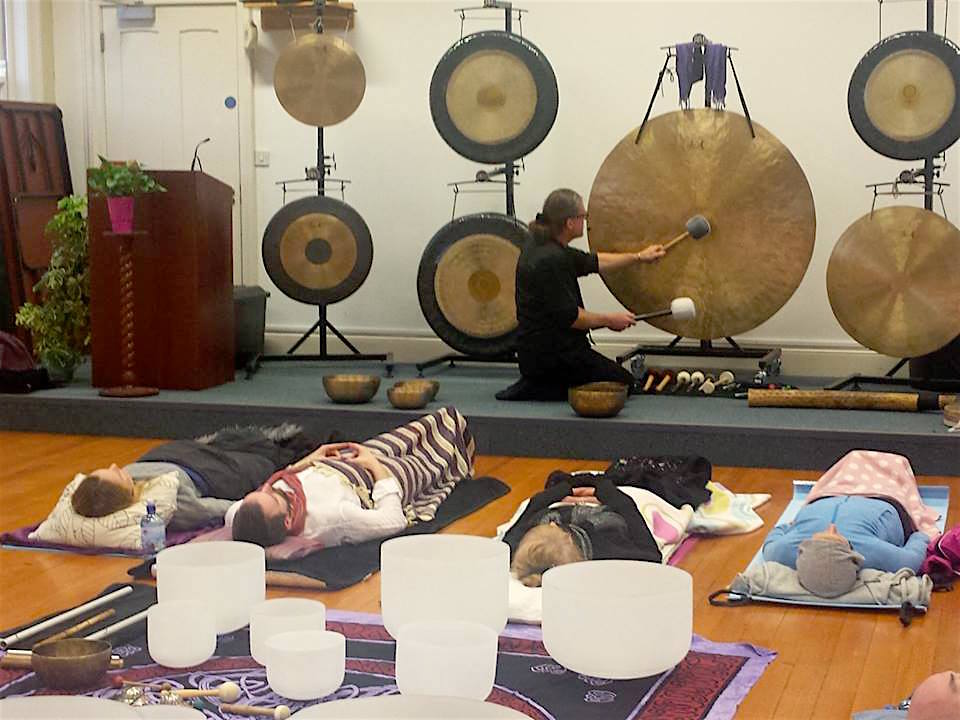 What do you hope to achieve in one of these group sessions?

We discuss this topic occasionally and come to several different conclusions but the basic goal for me is ‘disengagement’. Relaxation and de-stressing is the first stage in the process. After the muscles, connective tissue and breathing have been regulated (relaxed) the goal is to disengage the thought process. Slowing or stopping the internal dialogue, the monkey mind, is key to relaxation. But the effects of the vibroacoustic waves on the physical body is conducive to treating several imbalances also. I like to think of the therapy as fluid and malleable, performing many functions for different people depending on how they interact with it.

I’ve had the pleasure of attending one of your group sessions and a part of the appeal for me was the location. Is that something you feel is important?

Yes, choosing a venue is important. We need to have a certain control over the surroundings. Places close to heavy traffic or industry is inadvisable. A high ceiling, solid walls and good ventilation are also preferred. I’ve been very lucky with most of my venues.

Transitioning from practising on case studies to paying clients can feel quite daunting. Do you have any advise for those currently training with the Sound Healing Academy?

Be attentive, listen very carefully to your clients. Don’t be afraid to experiment.

Whats in store for Should Bowl Sound Therapy in the coming year?

As I said earlier we’re very busy next year. I’m always on the lookout for new venues and the opportunity to introduce more people to the therapy. Following the release of our CD in 2015, we hope to release two more over the next six months.

Whats the best place for people to connect and check out what you do ?

There you will find where we are and what we do. I try to keep it up to date…..if I’m not too busy….