4 Sessions of 2½ hours each

All times are UK

This is a powerful process that can help you deal effectively with a health, relationship or life challenge that you may be facing.

ABOUT THIS LIVE ONLINE WORKSHOP COURSE

On this live on-line workshop course, you'll dive deeply into the healing vibrations of Tuning Forks.

You'll spend 2 1/2 hours each day in an interactive learning environment.

You'll learn the knowledge, skills and techniques to work effectively with Tuning Forks in sound healing with both individual clients and with groups.

You'll also learn advanced techniques that you can integrate into an existing therapy or healing practice.

By the end of the course you'll have the confidence to immediately start working at a high-level with Tuning Forks.

WHAT WILL I NEED FOR THE LIVE-ON LINE WORKSHOP COURSE?

For the Tuning Fork course you are required to have the following 2 sets of tuning forks:

They are available form us here:

WHAT IS INCLUDED IN THIS COURSE?

WHAT IS INCLUDED IN THIS COURSE?

This will give you an opportunity to develop your technique even further, to work with your fellow students from the Live Online Workshop, and have any outstanding questions answered by Roise, your teacher.

This is great opportunity to deepen your understanding and skills with Tuning Forks even further.

HOW WILL THE LIVE-ON LINE WORKSHOP COURSE BE TAUGHT?

WHAT DO I GET in addition to the Zoom Online Live Course?

Before and after the workshop, you'll get access to our world-class online learning center.

This provides the background knowledge of sound healing with Tuning Forks. The video tutorials also cover the techniques taught on the workshop, so you can revise what's been covered and develop your skill!

1 x 30-minute personal coaching and mentoring sessions with your course tutor, Roise after the workshop

Assessment of your completed course workbook with personal feedback from Roise

For people not taking our Level 2 Diploma:

You will get a PDF Certificate. This is our Level 1 Foundation Certificate in Sound Healing With Tuning Forks.

For people taking our multi instrument Level 2 Diploma for working 1-2-1 with clients:

You will get a CREDIT for the Level 2 course. This means that you will not have to complete the Tuning Fork module and workbook in that course.

WHAT DO I NEED TO DO TO GET MY LEVEL 1 CERTIFICATE?

In addition to the Live Online Workshop this course involves 30 hours of video tuition, study and practice in the online learning center

You will need to:

To be awarded our Level 1 Foundation Certificate in Sound Healing with Tuning Forks, you must complete and return the workbook for the course within 3 months of joining.

You will need to schedule the equivalent of one evening a week, or part of a weekend day on a regular basis to follow this course and get certified.

This course involves 30 hours of video tuition, study and practice.

This is about 10 hours per month or 2.5 hours a week in addition to the Zoom calls.

WHO IS THIS WORKSHOP COURSE FOR?

This hands-on, practical 2-day workshop takes you on a deep dive into sound healing with Tibetan singing bowls and is ideal for people at all levels of training, skill and experience:

1) If you are new to sound healing with Tibetan Singing Bowls, this workshop course will take you quickly through the foundations and onto more advanced skills and techniques.

When you complete the workbook following the workshop, you will receive a Level 1 Foundation Certificate in Integral Sound Healing with Tibetan Singing Bowls.

2) If you are taking (or have already taken) our Level 1 multi instrument course either online or with a workshop, you will learn advanced Tibetan Singing Bowls skills and techniques not covered in that course.

3) If you are taking (or have already taken) our Level 2 multi instrument course either online or with a workshop, you will have the opportunity to refresh and practice the advanced Tibetan Singing Bowls skills and techniques that are covered in that course. 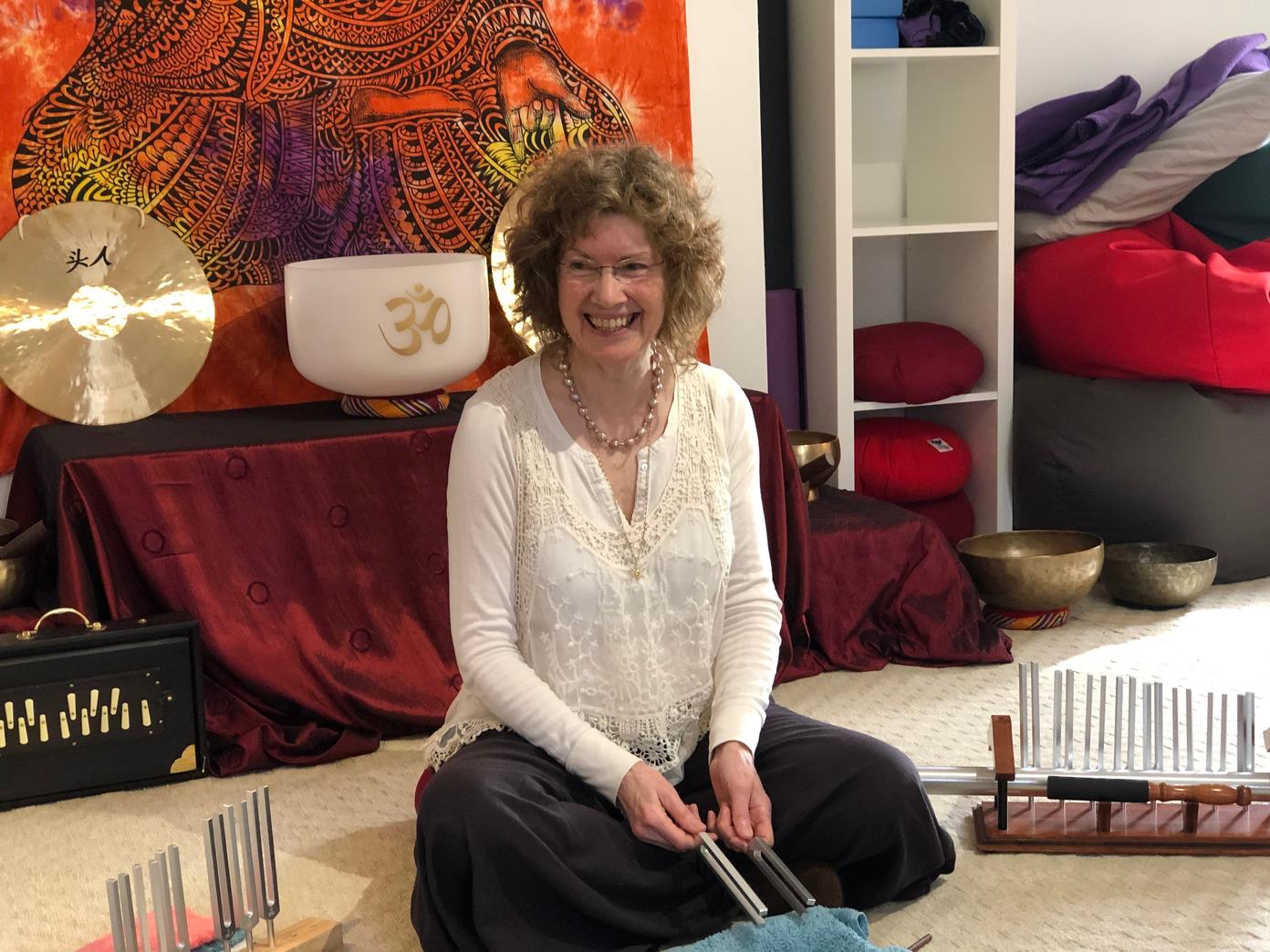 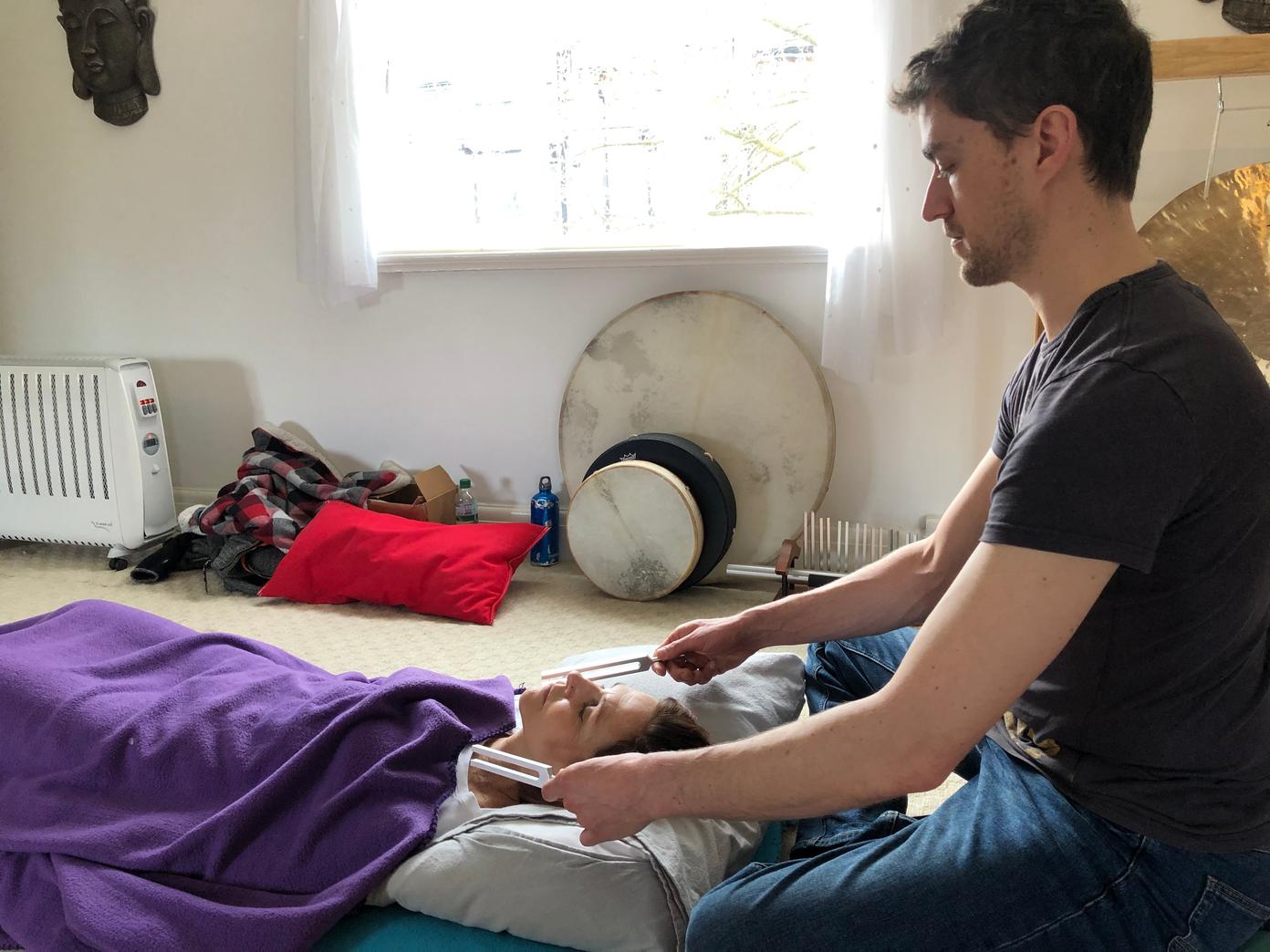 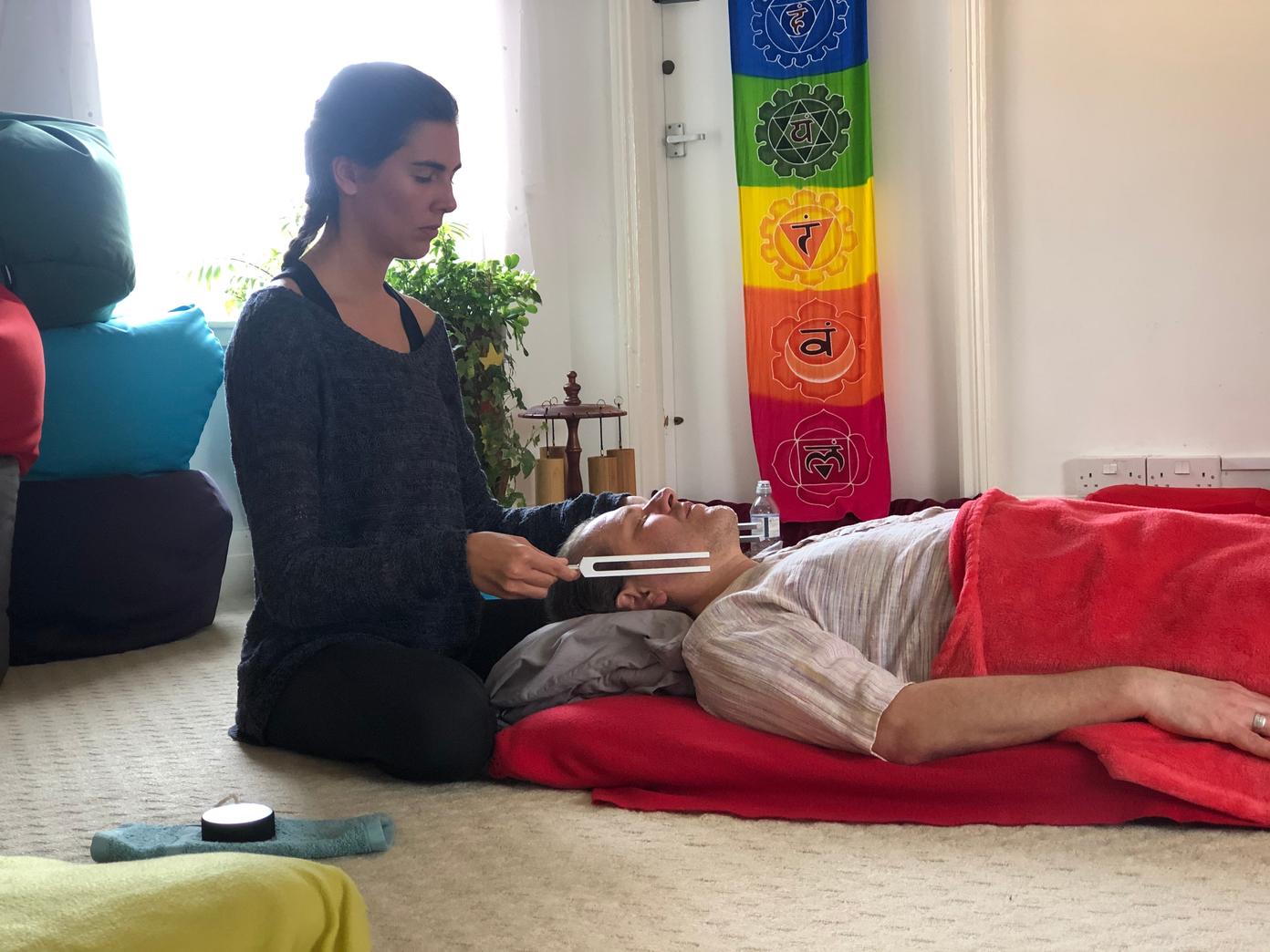 In these four sessions we will cover:-

An introduction to Tuning Forks.

The benefits of the 3 Weighted Tuning Forks in the OTTO set and how to work with them on the body including how to:

How to work with the 8 Unweighted Tuning Forks of the Harmonic Spectrum set in the bio-sound energy body around a person including how to:

This course includes both basic and advanced techniques.

To Join This Course Please Select One Option Below:- 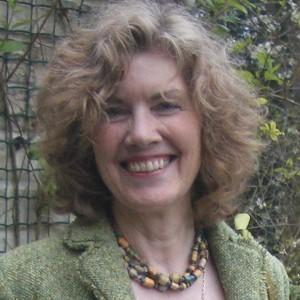 Roise (roe-sha) is originally from Australia and her first training was in art teaching. She started her healing journey in the mid eighties.

She studied and taught both crystal healing and subtle body harmonics (energy work). She learned and practiced meditation, yoga, and used astrology and tarot for her own personal growth. She also taught herself to play the Hammered Dulcimer, being attracted to and entranced by the harmonics of it’s sweet sounds.

In 1998 she did a year long intensive course in metaphysics which initiated her own intensive and transformational healing process. Of this she says, “Instead of being fraught with anxiety, guilt and fear of disapproval, I was able to let that go, and over time, become more calm, happy, and positive. It’s a continuing process.”

During the latter part of this time, in 2004 she came to live in the UK. In her search to have her Hammered Dulcimer serviced she discovered Sound Therapy. She has studied with the Tama Do Academy, and is a qualified practitioner with the College of Sound Healing.

In 2011 Roise enrolled in the very first online course offered by the Sound Healing Academy, then called the Colour of Sound Institute.

In 2014 she began assisting the founder and principal, Tony Nec, to conduct his then regular bi-monthly workshops in Glastonbury. In 2016 she became the first Associate Teacher with the Sound Healing Academy and has been teaching with them since.

“To use sound and to draw upon my own depth of experience to help others heal is immensely rewarding. I also love teaching sound therapy and supporting people through their learning and their healing as they do the course.”

Roise takes care of herself with mindfulness, meditation, mudras, mantras, yoga and sound.